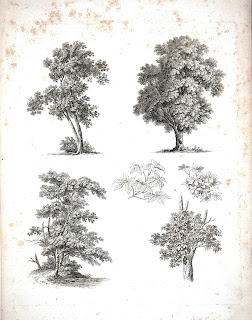 “Labyrinthine deathtraps.”
“Gods-blasted hellholes out in the bayou.”
“Where all o’ them troll-folk come from.”
“Fairies live in them, I reckon.”
“Seen strange glows coming from the ground. From underneath the trees.”
“They all connect, you go far enough down.”
"There's something big. Something huge, beneath them all."


In some parts of the fens, wetlands and the swamps, there exist a species of tree that is similar in nature to the Tidewater Red Cypress. It is referred to as the Swampmother Cypress by the local communities. Tall as a mountain and straight as an arrow, they rise ever higher out of the water. Their trunks widen beneath the surface, and their roots sink even deeper into the ground than one might imagine. What’s more, they only cease to grow once they’ve reached roughly eight or nine feet in diameter.


Normally, the swampmother cypress would be nothing but a natural wonder.

Unfortunately, in the deep, foul heart of the fetid swamps this is not the case. Trolls abduct humans from the local tribes, and their hideous offspring has all the intelligence and cunning of their human parent with the wickedness and twisted thoughts of their troll parentage. These half-trolls often grow up to be druids of the swamp, and they put the swampmother to good use.

Black magics are used to rot the cypress roots, and crude bone tools are employed to carve them into tunnels. Between the dark spells that inflict a blight on the tree and the tremendous strength of the trollkin, these tree roots are quickly converted into habitable tunnel and cave systems. They are so winding and treacherous that few aside from the original ‘miners’ of the tunnels are able to navigate them.

What’s more, few have ventured deep into such caves and returned to tell tales, so what little is known by adventurers and the locals would be considered limited at best.

1d20 - What lives in those damned tunnels?


1d20 - What treasure is to be found in those tunnels?