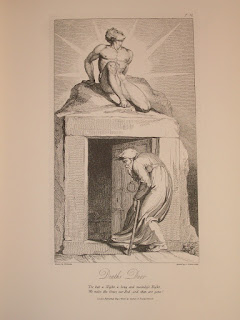 They are places where the barriers between various planes of existence stretch thin. Places where the bottom of the world drops out to reveal the Other. Different cultures call them by many names, but those who have encountered one know how difficult they are to describe.

The sensation is similar to a twinge of dread in the pit of your stomach. Sometimes it is heralded by pinpricks behind the eyes, or an irresistible urge to stare at an ordinary object without knowing why. Anyone who has ever passed through and returned can taste them in the air.

Boundaries between worlds. Dimensional rifts. Portals, mirrors, gates, doors, spatial anomalies. You may stumble across them, roaming the world. Or perhaps you would seek them out? It’s not unheard of, finding a map to such a strange location. It is possible to stumble through a portal, in fact. To find that you have traversed the barrier and are now in a world not your own. A stranger in a perverse, twisted landscape. To them, your world is the alien plane. And similarly, a gate might be found that takes you home… If the one you came through does not offer a return trip.

BEING A COLLECTION OF INFORMATION THAT THE ACCURSED ARCHMAGE ALPHISAN ILLEGALLY COLLECTED FROM INTERPLANAR BEINGS, AND FOR WHICH HE WAS CRUCIFIED ON THE SALT-TREE, AT THE GREAT CROSSROADS OF ANTINALLIA

THE WORLDES THAT BE CONNECTED TO THIS PLAYNE OF EXISTENCE

"Here being the liste of worlds that I have wrested from the tight lips of beings too wretched to have their naymes etched in this fecund ink, lest they derive Arcane Power from such things. There is moste certainly more to be found, though I mayke no promise to their easy discovery. Some of the findings herein required the judicious usage of spells that contact the dead; such clayms are hereby warned to be unverifiable but rumored. Tayke this as thee will."

THE PORTALS, AND METHODS THEREOF TO BREECH THESE SECRET WORLDS

Such methods of travel are difficult at times to locayte, but any avid reader of mine will be willful enough to seek them out. All the more prepared as well, given that my previous work, INSTRUCTIONES EX LIBROS contayned many illustrated maps and spells that would assist a fellow scholar of the Arcayne to locayte such portals. Furthermore, the portals seem to be a constant thing, rooted in the sea of thought and given shape. Thus, the same portal might be found in two different locaytions - nay, a hundred locaytions! Such is the way of gaytes, and their treacherous nayture.

If this book is missing from your library, conjure one of my many servants at any authorized book-publisher and its occult knowledge may be yours for only twenty-seven gold pieces! Such a price is heresy in the world of knowledge.

[1] Golden Forest of the Seelie Court

[2] Winter Abode of the Unseelie Court

[5] The Source of all Magic

[10] The Wondrous City of Doors

[12] Shadowlands and the Obsidian Pyramids

[20] Gloomlands of the Dark and Monstrous