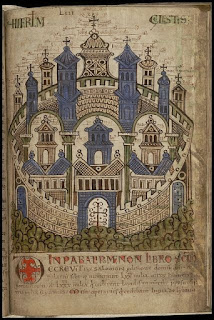 “The city that's nothing but stairs and thieves.”

“After a while, you can simply get lost walking up and down those stairs.”

“The palace at the top? I've never been. Never left this ledge, really.”

“I’ve been walking for.. Years now? It never ends, not really. Every trip up and down is different, you see?”

“The street food here is the best. It’s hard to describe just how delicious and cheap it is.”

“No priests, here. Wicked or pious, they’re both swallowed up by it all.”

The great steps. The endless flight. Fothswain’s Legacy. Some maps list the city as the Heavenly Ascent. Regardless, the City is a hive. It is a massive staircase that rises thousands of feet up the side of a sandstone cliff. Most of the living accommodations double as storefronts, and a fifth of the population has no permanent residence. The southern half of the city is open to the air, so while the sun never directly pours in, most of the population retreats inwards during the hottest hours of the day.

The low end of the staircase descends into the ground, leading to an oubliette that houses criminals and creatures of debased nature. At the opposite end, the staircase rises to reveal a plateau in the sandstone mountain. It is here that a lavish palace houses a young ruler and the djinn that helped him create the bizarre, surreal city.

What's more, the steps are ever-shifting. The exact number of steps, the various districts and the layout of the city itself is seemingly ever-shifting. It changes during the day when its inhabitants enjoy their daydreams, or the heat-fevers. Visitors scarcely notice, but many climbers often find their progress on the long walk destroyed by a bad shift. Still, anyone who visits the Steps is bound to stop by the markets - they're full of bargains and discounts, after all.

1d100 Stores found on the Market Ascent
If you can’t imagine what any given store sells, roll some more dice. Odd result = bar, even result = brothel.

Those odd storefronts are not always the highlight of a shopper’s journey up the Market Ascent. The carts are a hub, found in the dead center of the Ascent. Fifty or more cramped booths bunched together form a maze of stalls that sell the most bizarre of goods. A few silver can buy just about anything at a stall, but finding what you want is nearly impossible - the stock changes every night. It's not an official market - there's no district name or consensus on what to call the secondhand markets, but many simply refer to the area as the Cart District.