The Gnomes of Glitterdeep Hollow 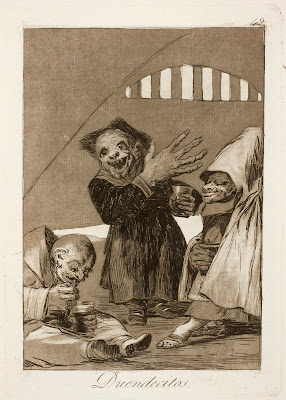 Who are they, and what do they want?

The Gnomes of Glitterdeep Hollow: often referred to as Glitterdeeps. They are rarely found outside of the Osmium Pits where their city, the Hollow, can be found. What's more, few scholars boast a comprehensive knowledge of their culture. Still, rumors abound - the truth of it? They prey upon humans.


These creatures use innate magical abilities to subdue their victims - paralysis spells are their specialty. Once incapacitated in some manner, a hapless human is dragged down into one of the myriad tunnels that make up their lairs. Once sufficiently hidden from the surface, the human is flayed alive and a powder composed of crushed rock and exotic reagents is spread inside the wound. Gemstone crystals will form from the mingling of fresh blood, air, the powder, and the life-force of the human. These gemstones can be influenced while they are still growing, for spells and enchantments readily take to the glimmering rocks.

The process of growing Glitterdeep Gemstones is always fatal to the human catalyst.

How the Glitterdeeps accomplish this practice is almost as abhorrent as the method itself. They most often take advantage of desperate peasantry or bribe wealthy lordlings to look away as they practice their grotesque art.

In order to earn the trust of local peasants or buy the silence of lords, Glitterdeep Gnomes present lavish gifts and useful tools. Beautiful, costly objects made of gemstone are often enchanted with magic. There are three main categories of Glitterdeep gifts:

Enchanted coins made of gemstone are a Glitterdeep's most useful tool. The obverse bears a small sigil, typically representing the spell in the coin. The reverse bears a small phrase in a language of the craftsgnome's choice - often elvish.

A gemcoin is a tool. When crafted, it drains the gnome of magical power for a short time. It will only take on a single spell that it is exposed to - chosen from the crafter's repertoire. The process is dangerous and leaves the gnome vulnerable for a time. A few hours after the crafting is complete and the coin has absorbed enough magic, it will start to shimmer with an inner fire. Anyone who holds the coin and closes their eyes can see the spell swirling upon their eyelids, and will know what arcane force they hold between their fingers.

Upon breaking the coin, the magic is released and a spell is cast. Glitterdeep Gnomes like to stockpile these coins. They will jealously guard any gemcoins that contain powerful spells, and  barter those with lesser cantrips. These are especially useful for gaining the trust and loyalty of simple humans - a single gemcoin that can conjure food from thin air is exceedingly valuable to a farmer worried about the upcoming winter.

A broken gemcoin will turn into worthless dust over the course of an hour.

Twinkling gems cut into fashionable shapes. Some gnomes will go to the effort of crafting silver or gold settings but most are content to wrap the stones in cord and create rustic amulets with them.

Once fashioned into jewelry, a Glitterdeep gemstone is enchanted over the course of one lunar cycle. The larger the crystal, the more potent a spell the amulet may hold.

All amulets can be used once per day and they recharge at dawn. 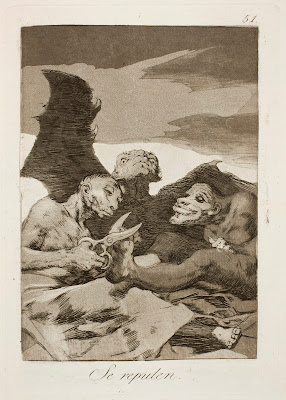 Use these for your Gemcoins or Gemstone Amulet enchantments. Make up the effects, or use something equivalent from your favorite system.

1d50 Gemstones
1d20 Cuts
Gemweapons
A prized tool created by the gnomes of Glitterdeep Hollow. Given as presents to nobles and dock-masters willing to import Glitterdeep gemstones, Gemweapons are an oddity.

Created to mimic the shape of other instruments of battle, a gemsweapon is often considered valuable due to both its lethal design and graceful symmetry. These weapons are either carved from a single piece of gem or cobbled together from multiple. Each is unique. What's more, gemweapons all possess three innate abilities.

The exact shape of the gemweapon is entirely variable - most often a Glitterdeep will specialize in one particular type of armament, though it is traditional to craft gnomish long-blades out of gems; these serve as shortswords to human-sized creatures.

Gemcoin (Summon Rain)
A fire opal carved into a small coin. The obverse sigil is a picture of rainfall. The reverse is an elven phrase that translates to 'Let us take what nature will not provide.' When broken, clouds will appear within a 25-mile radius and a steady, gentle rain will fall for four hours.

Gemcoin (Gaseous Fireball)
An onyx carved into a small coin. The obverse sigil is a simple flat line denoting the void. The reverse a phrase in common that reads 'No barrier will hold back my anger.' When broken, a small bolt of fire will leap out to a point the caster can see. A 40 foot radius cloud of gas will spread, choking any living creatures caught inside. After ten seconds, the cloud will ignite and create an explosion with a 60 foot radius.

Gemstone Amulet (Lesser Transmute to Gold)
A rose-cut golden opal wrapped carefully in twine. Once per day, the wearer may turn one object that can fit inside of their mouth into pure gold.

Gemstone Amulet (Cone of Silence)
A step-cut ruby in a silver setting, suspended on a fine cord. Once per day, the wearer may create a 60 foot long, 30 foot wide cone in front of them. Anything inside of this cone will make no noise whatsoever.

Gemsword
A single shard of emerald carved into a two-foot shortsword. The guard is simple, and the handle is delicately carved for grip. It glows with a faint, blue-ish tinge.

Gemspear
A long shaft of wood with a massive, jagged ruby set in the end. It looks more practical than beautiful, but the deadly tip is bathed in a ferocious and elegant crimson light.

First, find a vulnerable human settlement. Gnomes from the Glitterdeep Hollow prefer land where there is bountiful rock. Next, set up shop; provide services to humans in exchange for loyalty. After gaining the local's trust, work to collect humans for gem catalysts. This can be done by collecting transients with the assistance of locals or demanding tribute from the locals in exchange for gemcoins or magical assistance.

Their Endgame:
Playing a Glitterdeep: