The Garden of Mirrors - Illithids and 1d20 Living Tools 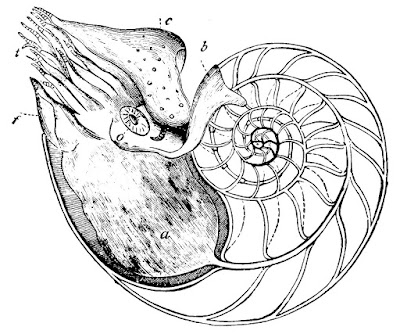 Illithids. Who are they, and what do they want?

In the common tongue, they are often referred to as Mindflayers. For the sake of accuracy, it should be noted that this title refers to a certain order of illithid - those who harvest memories and psychic power from the brain matter of sapient beings.


The illithid seek to consolidate power in their underground realm, subjugating lesser races and cultivating slaves. Roughly half of their slaves serve willingly - out of fear. The other half serve as mindless husks, drained of all intelligence and reduced to obedient cattle. This is their largest export; slaves of every race imaginable, captured or bred in captivity only to be sold in secretive markets aboveground.

Most often it is these slavers that the outside world is exposed to. However, the Mindflayers serve under another more clandestine order: the Illithid Soulshapers.

The Mindflayers go out into the world to harvest. They drain life, emotion, and memories for the illithid hivemind as a whole. Emotions and life-energy serve as nutrients for the creatures, but memories they absorb serve another role.

The Esoteric Order of Soulshapers make use of the neurons, synapses, nerve fibers, spinal cords, and stem cells from the physical bodies of lesser races - all of which are brought to them by the Mindflayers after the free will and intelligence has been drained from a suitable creature.

With access to raw materials in the form of useful tissue and a wealth of memories shared amongst the illithid hivemind, the Soulshapers work their dread art in a place known only as the Garden of Mirrors.

Deep underground, panels of polished mirror pyrite and vats of primal archaean fluid fill the halls of a majestic and expansive palace. The Garden of Mirrors. It is here that the Soulshapers inject memories and psychic energies into vat-made bodies. It is here that the corpses of slaves are recycled into new forms and filled with foreign memories. Unruly slaves are stripped down to their base components and remade to be more servile, and new cattle is created to serve unique purposes.

Slave-Cattle are not the only products created in the Garden. 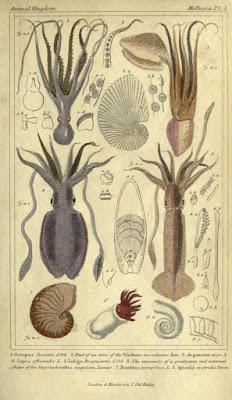 1d20 Living Tools of the Illithid

"Living Tools." Items into which a perverse form of intelligence has been forced. Brainstems woven into metal. Memories given shape. Flesh warped into a weapon.

1. Bracers of Weapon Knowledge
Blackened steel infused with the memories of an ancient weaponmaster. Grants the owner the skill to properly wield any weapon. Grants melancholy memories, and psychic shock to any who refuse to wield their skill in service of the weak.

2. Brainstem Axe
A long, flexible metal rod with a double-bladed axehead at the top. Bends and flexes to strike around corners and cover. While in possession of this weapon, the owner cannot speak their native tongue.

3. Circlet of Locked Memories
When donned, this circlet removes a massive amount of the wielder's memories. Language becomes difficult and some tasks are nearly impossible. In return, the circlet grants casting as if the wielder were an equivalent level wizard with random spells.

4. Bandage of the Replicating Cell
The flayed flesh of a failed slave. This long strip of 'cloth' causes minor discomfort to wear, but will slowly knit together lesser wounds on the wearer's body. If worn for too long or used to cure a grievous wound, it will fuse with the wearer's body and its cancerous effect will quickly become lethal.

5. Lorekeeper's Knife
A repository of knowledge, this knife contains the memories of an ancient sage. It will whisper knowledge, but will often require the spilling of the user's blood to feed the insatiable soul inside.

6. Brainswelling Needle
A long, exceptionally slim silver spike. When driven into the brain of a sentient creature it will grant psychic power. The brain will slowly swell until it bursts the skull, shielded only by a thin psionic barrier.

7. The Architect's Stylus
A slim longsword with an odd, forked tip. Striking a solid structure will cause the blade to sing. The memories trapped within will echo with the song, murmuring information about hidden walls, doors, and hatches.

8. The Memory Palace
A helmer of blackened steel. A soothing voice whispers reassurance to the wearer, preventing any sort of magical panic, rage, and charm. It slowly deadens the wearer to strong emotion.

9. Dragon Spectacles
A pair of emerald-tinged glasses that hold the soul of an ancient dragon. Can see the glowing aura of magical items and the true form of anyone hiding behind illusion. While in possession of this item, the owner cannot willingly spend any of their wealth.

10. Library of Bad Advice
A large tome, the pages soaked with cerebral fluids. Will slowly leech away memories that the owner wishes to forget. Studying the book is painful and humiliating, but strangely fruitful when it comes to learning skills or correcting mistakes.

11. Boneshard Arrow
A long arrow made entirely of bone, with disturbingly fibrous fletchings and vanes. If used to take the life of a sentient creature, the arrow will drain knowledge and secrets from their corpse and transfer them to the next sentient creature it strikes.

12. The Dweller in the Dark
This strange cloak is woven of heartstrings. It remembers how to survive, how to thrive in the harshest of environments. The wearer can always find food and shelter for one person with the cloak's aid.

13. Gloves of Simple Tasks
A pair of leathery gloves. They can remember a single set of hand and finger movements, and can guide the wearer through the movements if willed.

14. Flesh-Key
One long slab of flesh that vaguely resembles a five-jointed finger. It molds itself into locks and can both learn and remember the shape of keys that will work inside of it.

15. Grimtongue's Tongue
A severed tongue with swollen tastebuds. If poisoned food touches the tongue, it will react.

16. Hatred
This shortsword is made of blackened steel. After killing a sentient creature, the blade will pull towards their nearest living blood-relative. Exudes an immense bloodlust.

17. The Wilting Crown
A silver band that slowly eats away unpleasant memories. The wearer is left strangely happy, though prolonged exposure will eventually lead to the wearer wasting away in blissful sloth.

18. Armor of a Thousand Battles
A set of maille that contains the mangled souls of a thousand veterans. It unerringly guides the wearer to victory on the battlefield. After wearing the armor, the wielder will experience severe mental trauma for the following 24 hours, preventing any form of rest.

19. The Skull of the Mimic
A skull with the jaw carefully attached with silver wires. Strange patterns are etched into the bone. It can listen and repeat sounds with flawless accuracy. Occasionally wishes to chat with its owner.

"There are some curious souls who question, in public forums, how it could possibly be that knowledge of the Garden of Mirrors exists. After all, its clandestine inhabitants never leave those bizarre halls and there has never been a report of anyone seeing it with their own eyes and escaping. What I have to say on the matter is unsettling, to say the least. Perhaps it is a shared hallucination that has entered the collective psyche of our people, but I am afraid the idea must be explored more thoroughly before we dismiss it as something so mundane."

"It is telling that there exist many cases of people from all walks of life across the surface of our vast world reporting memories of that place. Vague, distant recollections of sulfuric vats. Recurring dreams of that opulent and dreadful palace. What's more, those unfortunate souls who experience this phenomenon that I have spoken with also have difficulty remembering their childhood, or formative events."
Labels: Cults Monsters NPCs Table Tools Watery Hellhole Weapons