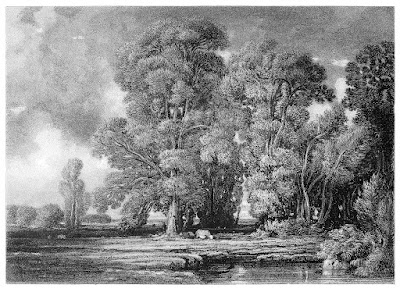 Nearly twelve night's ride west from the mechanical walls of Formoth sat the Lachlannan Fens, which stretch out further than the naked eye can see. When first our horses began to struggle with the sodden terrain, we carried on by foot until we found the first of many sunken plains. Before I departed from the Clockwork City, I had the excellent foresight to hire an elven guide - he stated that he was a survivalist and master fisherman. The elf was familiar with the area, and directed our attention to a clay ridge that crested to the south. Following this feature allowed us to survey the surrounding area and avoid the more sunken regions of the fen.

The waters of the Lachlannan are more clear than any I have ever seen in my long life. From our camp atop the red clay ridge, I could distinctly make out that long searched-for sediment as it was being dragged along slowly by a non-existent current. These fens are a mire clogged by tall grass and the spiny reeds native to the region. This was the first of many confirmations that the Fens contained what we had hoped for, and what I had been personally chasing for seven years.

While tracking the magical sediment further into the fens, our party managed to secure a few scrolls from a travelling merchant. They reportedly came from an elven settlement not terribly far from our location (according to the merchant) and so we set out in the direction that the merchant suggested to chase the lead. The following is the first of many reports that I have composed with the aid of the Lachlannan scrolls I have been collecting. I will include my rough translations, and with any luck I will be able to return to the Royal College with the scrolls intact so that a more accurate transcription can be taken at a later time. 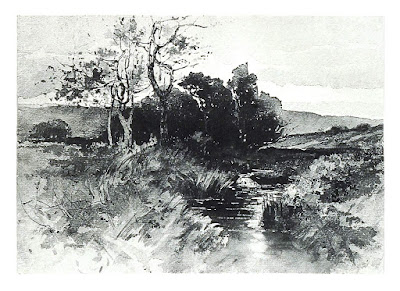 There are two known varieties of mimics. The first are benign, capable of speech and often considered a boon to adventurers rather than a hindrance or danger. The second variety, often referred to as 'killer' mimics are considered with less kindness: every sane adventurer despises these creatures. They take whatever form will entice those who harbor greed in their hearts: unlocked chests brimming with gold, doors that hint at treasure rooms just out of sight, levers just waiting to be pulled.

Though mimics have existed since the planet itself blossomed into reality, the elves of Lachlannan Fens were among the first to document their origins as well as record a method by which someone might artificially create one. The following is a transcription of certain scrolls previously mentioned. While I do not suspect them of containing any intentional falsehood and their findings are mostly verified by other studies that I have read, the reader would be wise to keep in mind that these are not truths, but merely theories and conjecture that has not yet been disproved.

A creature, called the mimic, lives only in the dwelling place of shadows [lit: lack of sun] and is borne of memories extracted [lit: dredged from deep waters] from the mind of magically-inclined beings. When a magic-user [tl note: lachlanns do not seem to differentiate between divine and wizardly spellcasters] perishes and their thoughts return to the planet, memories of things once seen are able to manifest in a ectoplasm that has the peculiar ability to change appearance into the form of familiar objects. They cannot stray far from the place where their memory was formed, but these thought-mimics roam and seek out stronger memories to devour. This is the reason that mimics will not seek out and devour lesser [lit: without the latent potential to cast magic] beings such as vermin or dumb beasts until they are starving - and even then, only as a last resort. 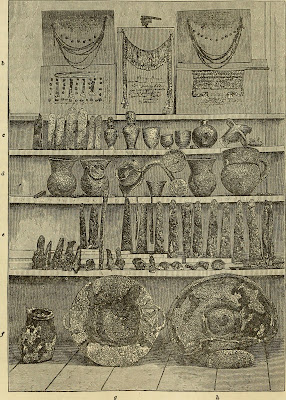 Neutral or Benign mimics are those that crawl forth from peaceful memories. They still bear many of the emotions from their previous life, and can often recall both general and specific details from said lifetime. When one encounters a neutral mimic, they should make an offering of either cooked meats or gemstones to the creature if they should wish to parley with it. A mimic sated with these treasures [tl note: is meat a lachlannan treasure? needs investigation] can often be plied for useful information.

On occasion, it can be exceptionally difficult to extract any useful information from the benign mimics that have been living in solace for an extended period of time. They slowly lose [lit: are degraded or debased?] memories or certain faculties such as speech or navigation. Tread with care, for these mimics are likely to go feral after a time, at which point they are nearly indistinguishable from their more chaotic and dangerous counterparts. [tl note: it has been reported that mimics trapped without any readily available source of nutrients will also go feral. how can only their corporeal forms survive while their mental state reverts to that of a beast? magical creatures may not require sustenance for physical body, only mental?]

Table I.I - What does the Neutral Mimic know?

1. The location of a secret cache from its past life.
2. Old rumors and whispered half-truths.
3. Interesting facts about its surroundings.
4. 1d6 nearby secret passageways.
5. A sonorous poem.
6. The location of a powerful magical item.
7. Directions to a place of power.
8. True name of a certain devil or demon.
9. Steps to summon and bind an elemental.
10. A duplicitous riddle.
11. Accurate accounting of a historical event.
12. Rambling, uninteresting stories.
13. Uncomfortable truths.
14. The words to an ancient religious ritual.
15. Inky secrets from beyond the veil of death.
16. A single word of great power.
17. The magical phrase to activate an ancient artifact.
18. How to defeat a stalwart foe.
19. The future, somewhat.
20. The ingredients of a potent magical potion. 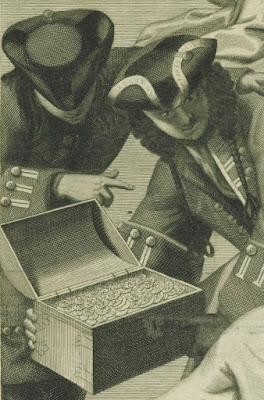 When a powerful [lit: infused with magic?] creature with chaotic or violent tendencies perishes and their thoughts return to the planet, it is possible to create what is often referred to as a 'killer' mimic. They are predators first and foremost, base and motivated purely by instinct. Such a mimic is driven to search out and lure small, unintelligent creatures as partial sustenance while they wait for creatures with magical powers to stumble across them.

These aggressive mimics can chase down and actively hunt prey, but they are most effective when they use more cunning tactics [lit: ambush-type hunting, specifically referring to guerrilla warfare often seen among the lachlanns]. All mimics are capable of secreting a powerful adhesive. [tl note: there are multiple references here to the specific dangers of the lachlannan fens, but they are nigh-unintelligible to those who have never experienced the fens properly] The mimic will often wait for prey to become snared before attacking, so as to have the advantage.

One of the most unnerving methods of ambush hunting that a mimic has access to is the ability to reproduce particularly complex sounds and scents. [tl note: there are two varieties of birds and a certain large cat that have limited mimicry capabilities in the fens. I have omitted an exceptionally lengthy comparison between those creatures and the mimic here, to spare my aching wrists] The memories that birth a mimic often contain more than visual experiences - these are powerful agents in the act of recalling such memories. A mimic, therefore, is capable of tapping [lit: killing a tree to extract sap] into a memory and withdrawing additional attributes to better reproduce them.

Sounds can, on occasion, be more dangerous. Mimics are known to call out with borrowed voices, or emit familiar and tempting scents to attract their prey. The wafting smell of freshly-baked bread or seared meats have lured many a victim to their death.

Table I.II - How does the Chaotic Mimic kill?

Step 1. Find a host with suitable memories, be they benign or hostile in accordance with the mimic of choice.

Step 2. Bring host to the location where the mimic shall be bound.

Step 3. Anoint the host, while still alive, with tinctures of fen-sedge and the smoke of burnt sweetgrass.

Step 5. With athame, draw lifeblood from the host's throat. Collect in silver basin.